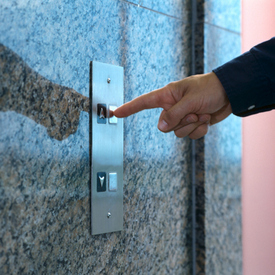 NY Injury Lawyer Report: An 84-year-old man was in critical condition after an accident in which both of his legs became trapped in an elevator door between the first and the second floor of his Harlem apartment building on January 2, 2013. The building is a New York City Housing Authority-run building on 105th Street. Eyewitnesses reported that the elevator started to ascend before the doors were completely closed, trapping the victim’s legs in the doors between floors. An eyewitness who identified himself as Elijah Williams stated that “half his body got caught inside the elevator. His legs were jiggling out.” Mr. Williams stated further that he became alerted to the incident by the man’s screams as he became pinned in this horrific scenario. Emergency medical technician firefighters worked to remove the man from the elevator, and transported him to Harlem Hospital, where he was reported to be in critical condition with possible leg fractures and other serious injuries. Building residents reported that the building’s elevators have a history of problems, and the elevator in which this victim was injured was having problems before this accident occurred.

According to New York personal injury attorney, Jonathan C. Reiter, who has handled many elevator accidents, elevators pose a myriad of complex issues for an experienced and skilled attorney to handle. Mr. Reiter stated: “There are many laws and codes which govern the installation, inspection and maintenance of elevators in the State and City of New York, due to the many millions of people that use them on a daily basis, and the high risk of serious injury or death that exists from the failure to strictly adhere to these rules and codes. Examples of the types of accidents that can occur are the mis-leveling of the elevator, door entrapment, car entrapment and safety device failures. In this accident there could have been more than one failure at work, and it is up to a careful examination of the elevator, along with the history of any problems with the elevator that must be done as early as possible after such an accident.” Mr. Reiter stated that there is a duty to ensure that the elevator is in proper working condition and free of any condition that would pose a hazard to the public. He stated: “The parties that have a duty to ensure the safety of the elevators in the City of New York are numerous, including, the owner of the building, which in this case is the New York City Housing Authority, and any and all service providers who were responsible for inspection and maintenance of the elevators.”