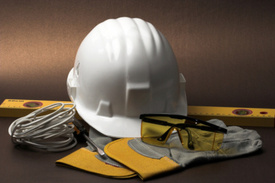 Pearl River, NY — An industrial accident killed a Bogota man last week, after a large pallet that he was attempting to move crushed him. The fatal workplace accident occurred on Friday, Dec. 14, 2012, at the Blue Hill Plaza complex in Pearl River, NJ.com reports.

According to the reports, a group of workers were moving machinery at the complex when the truck’s ramp lift failed, which caused a large crate of computer equipment to fall on 59-year-old James Hoyt.

Hoyt was subsequently pinned against the inside of the larger truck when crates slipped as they were being transferred from the smaller truck.

When responding emergency crews arrived at the scene Hoyt had no pulse.

Hoyt was taken to Nyack Hospital, where he was pronounced dead.