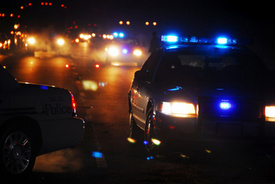 According to reports, a 2002 Chevrolet driven by Lucinda S. Klees, 54, of Endicott, N.Y., was headed northbound on State Route 38 when she slammed into the guardrail head on at the end of a bridge on the southbound lane.

A passenger, identified as Patrick J. Ackley, 34, of Berkshire, N.Y., was also pronounced dead at the scene.

It is unknown at this time why the accident occurred, or if drugs and/or alcohol were involved.

The New York State Police are conducting a full investigation into the fatal automobile accident.