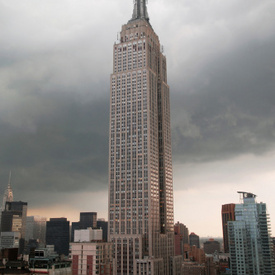 New York – A gunman opened fire Friday morning outside of the Empire State Building in New York City as many onlookers bore witness to the event. Ten people reportedly had been shot, with two fatally wounded in the shooting that took place near one of the state’s most well-known landmarks and popular tourist attractions.

As noted in a report by the Chicago Tribune, the shooter is stated to be a former fashion accessories designer who had been fired from his job a year ago. Jeffrey Johnson, 53, identified as the shooter, previously worked for Hazan Imports, not far from the location of the shooting. He was purportedly still distressed over the loss of his job.

Johnson was killed by police fire after he shot and killed a former co-worker. Others injured in the shooting are expected to survive according to the most recent reports.

As noted by the Tribune, the shooting is the third mass shooting to occur in the U.S. this summer.