Man Crushed to Death Inside Machinery Near Rochester Construction Site 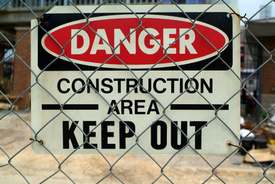 Rochester, NY — A 53-year-old man, who was collecting scrap metal for recycling, was crushed to death inside machinery near a construction side on Tuesday, July 31, 2012. The fatal accident occurred on Canal Street and Berdell Alley in Rochester shortly before 7 a.m., reports the Democrat and Chronicle.

According to police, the man stuck his head and torso inside a large piece of machinery to retrieve a motor for recycling when he became stuck, and was subsequently crushed.

Emergency crews responded to the scene where they pronounced the man dead.

Police revealed that the man did not have permission to be on the property. The alley in which the machinery was located is considered private property.

The victim was also not part of the construction crew at the site.

Investigations into the death are underway.