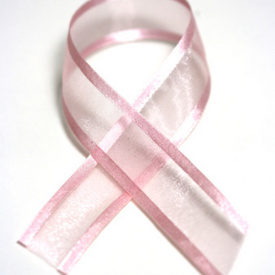 Women are advised to have yearly mammograms starting at age 40. That recommendation is set forth by the American Congress of Obstetricians and Gynecologists (ACOG). While this recommendation has recently been called into question by the U.S. Preventive Services Task Force (USPSTF), ACOG stands firm on its recommendation.

What happens when a radiologist misreads a mammogram film, and fails to report a finding that is suspicious for cancer? The woman is given a clean bill of breast health, and no further diagnostic tests are ordered. If a cancerous tumor is present and undetected, the cancer may progress and spread to the surrounding lymph nodes and other organs of her body. The progression and worsening of the breast cancer can result in Stage IV cancer wherein the woman’s chance of survival may be significantly diminished.

NY medical malpractice lawyer Jonathan C. Reiter, who has handled many breast cancer cases, states that the statute of limitations in the State of New York in medical malpractice is two and one- half years from the date of the malpractice. The statute of limitations is tolled (postponed) in the event of discovery of a foreign object left in the body after surgery or in the event of continuous treatment by a physician.

However, a gaping hole exists in the statute of limitations in the case of mammograms as stated by Mr. Reiter; that is, if a finding of breast cancer is missed on a mammogram and more than two and one-half years has elapsed until a diagnosis of breast cancer is made, the woman is barred from bringing a lawsuit for medical malpractice even though she was unaware of the doctor’s mistake. See Nykorchuck v. Henriques, 78 N.Y.2d 255 (1991) ). Mr. Reiter states: “The rule that the statute of limitations is tolled does not currently apply to mammograms. The law in New York is that if a woman has a mammogram which is misread, and two and one half years has elapsed before the breast cancer is discovered, the statute of limitations bars medical malpractice lawsuits and the woman and/or her survivors are without a remedy at law.

Mr. Reiter goes on to state: “A new law is required in New York to cure this injustice for the benefit of all women who are entrusting their health and lives to the medical practitioners who are reading the mammogram results. There is no reason why a missed tumor on a mammogram is any different from a retained surgical instrument and the law should not treat those situations differently. The typical patient has no way of discovering the mistake of a radiologist until it is too late. The New York State Legislature should amend the law, permitting a tolling of the statute of limitations to one year following the patient’s discovery of the physician’s medical malpractice in failing to diagnose breast cancer.”