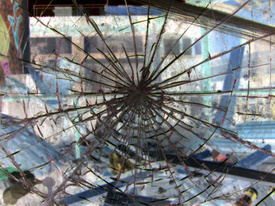 According to reports, the driver of a Ford Winstar minivan, Jamal Iqbal, 23, was headed north on Ocean Parkway when the 26-year-old driver of a black BMW M6 lost control and spun out, swerving into Iqbal’s lane.

The impact of the crash was so intense that it reportedly ripped the minivan apart, throwing the engine and transmission across the road. People more than two blocks away described the sound of the crash as “an explosion.”

The driver of the BMW and his 30-year-old female passenger were rushed to an area hospital where they are in stable condition. The driver reportedly sustained a broken jaw. Their identities have not been released.

Investigations into the fatal automobile accident are underway. No charges have been pressed at this time.