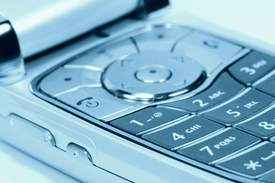 (Miami Injury Lawyers News) – When the U.S. Department of Transportation (DOT) recently announced a drop in highway deaths—to a level not seen in more than half a century—it was good news.

But even as death rates decrease, fresh dangers—largely stemming from new technologies—pose new threats to drivers, passengers and pedestrians, increasing the odds of negligence, accidents and even wrongful death.

Last year, 32,788 people were killed on U.S. roads, according to DOT statistics—a drop of about 3 percent from 2009. It’s the lowest number of deaths since the Truman Administration, and it marks the latest in a progressive decrease in roadway fatalities. Since 2005, highway deaths have fallen some 25 percent.

But at the same time, technology-related dangers have appeared on the roads. Texting and cell phone calls are major concerns and, as too many vehicular negligence victims—or their survivors—have learned, major causes for negligence on the highways.

Wrongful death attorneys now routinely handle cases where the negligence that led to disaster was apparently harmless as tapping out a quick text message while behind the wheel of an automobile.

Just as efforts to curb drunken driving have been effective in reducing accidents and injury due to intoxication, the hope is that new laws targeting the perils of texting and cell phone use while driving will spur drivers to avoid these extreme risks.

There is reason to be optimistic: Already, ample evidence confirms that increased enforcement can increase safety. Fatalities related to alcohol-impaired driving fell more than 7 percent in 2009 from the previous year as states became more aggressive about cracking down on drunk driving.

Seat belt use reached an all-time high—84 percent in 2009—with several states allowing police to stop a driver for failure to wear a seat belt, even if the officer didn’t detect any other violation, such as speeding.

Still, those who take to the road need to be vigilant, watching out for suspect behavior and doing whatever they can—for instance, asking the person behind the wheel to put away the phone—to eliminate danger, which can result in keeping themselves and others safe.

Of course, no one lives in a perfect world, so negligence—and injury—will happen. Even in the worst-case scenario, when catastrophic injury or death occurs, action can be taken.

Vehicular-negligence or wrongful-death attorneys filing a lawsuit can never turn back the clock, but it can provide the financial compensation—and a measure of justice—that victims and their families not only need but deserve. The experienced negligence and Miami injury lawyers, like those at Grossman Roth, have spent decades fighting for—and coming through for—victims whose lives have been turned upside down through no fault of their own.

It’s comforting to think that one day there may be no negligence and no wrongful death on the roads. But until that time comes, drivers should keep their eyes open to potential dangers—and fight for justice if disaster does strike.

*This story was brought to you by the wrongful death attorneys and Miami injury lawyers at Grossman Roth, who for three decades have been fighting for—and coming through for—those needlessly injured by the negligence of others — helping clients obtain the recovery they deserve for personal injury and wrongful death lawsuits.