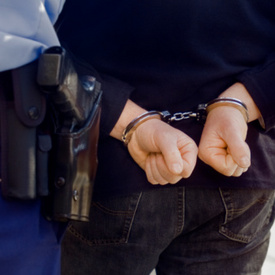 Newark, NJ – The driver involved with a fatal hit-and-run on the McCarter Highway Monday, September 6, 2010, was arrested Thursday, September 9, as reported by the Star-Ledger.

Castillo was allegedly driving the vehicle that struck and killed an unidentified male who was walking along the McCarter Highway near Oliver Street just before 1 a.m. Police developed leads on the driver after interviewing a 911 caller.

The hit-and-run driver was charged with leaving the scene of a fatal accident and driving without a license.

As of Friday, September 10, he was being held in the Essex County Correctional Facility on $100,000 bail. There was no word on his court date yet.