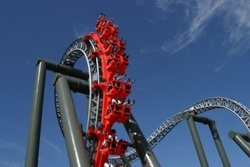 In recent days, two cases handled by the child safety lawyers and Miami wrongful death attorneys at Grossman Roth, have been covered widely both in the national media and the Florida press.

While both high-profile cases involve a tragic, catastrophic, and entirely avoidable event, they are also, at their core, examples of what Grossman Roth has been doing for years: seeking answers, justice, and compensation for those who have suffered because of the negligence of others.

The cases both involve harm to a very young girl. In each instance, the person who had a duty to take reasonable care to ensure the girl’s safety failed to do so. The results—as they are in all wrongful death and catastrophic injury cases—were heartbreaking: a 2-year-old who died, and a 12-year-old who may never walk again.

In the case involving 2-year-old Haile Brockington, Grossman Roth lawyers filed a wrongful death lawsuit against a Florida day care center and a driver it employed, after Haile was left inside the center’s sweltering van for at least six hours on August 5. Haile was discovered after a 5-year-old girl, entering the van for a ride home, came upon her lifeless body, still strapped in her car seat.

The suit alleges that employees of the daycare facility—Katie’s Kids Learning Center in Delray Beach—regularly failed in their legal duty to accurately track pickups and drop-offs in state-mandated logs; had previously left children behind, both in the center’s van and at the school itself; failed to have a staff member check the van to make sure no child was left inside; and had committed negligence so great in leaving Haile in the car for so long—on a day when the outdoor temperature hit a high of 91 degrees—that the acts amount to wrongful death.

Florida’s Department of Health requires drivers of child care vehicles to maintain logs of the children transported, showing the date and time of arrival and departure. A second staff member must verify the log. And both employees must conduct a physical inspection of the vehicle to make sure that no children have been left behind.

The wrongful death lawsuit, filed by attorney Andrew Yaffa on behalf of Haile’s mother, Nelder, and her father, Mandus, seeks an unspecified amount of damages for pain and suffering and medical and funeral expenses. The suit was brought against Katie’s Kids and its owners, Barbara Dilthey and Kathryn Muhammad, as well as the driver of van, 31-year-old Amanda Inman, of Boynton Beach.

Inman—who allegedly even moved the van after arriving at the school and still did not notice Haile—has been arrested and charged with aggravated manslaughter of a child.

“This is not the first time (Haile) has been forgotten,” Grossman Roth attorney Yaffa said. “There were times when her sisters were delivered home and Haile was forgotten at school.”

While the wrongful death suit may bring accountability, and some measure of justice, it cannot, of course, bring back the most important thing. “The family is devastated,” said Yaffa. “My goal is to enable them to be parents to the four surviving daughters. I want them to support each other and get through this”.

“What happened in this case is a horrible tragedy,” Yaffa added. “Unfortunately, this woman was the driver, but the problems don’t stop there. It was a multilevel system failure. It was the institution that led to this little girl’s death.”

In the second Grossman Roth child safety case, 12-year-old Teagan Marti was critically injured after plunging 100 feet from the top of the Extreme Velocity ride at the Extreme World amusement park in Wisconsin Dells, Wisconsin.

Because of alleged operator error, Teagan was released from the top of the freefall-type ride before a safety net was deployed. The ride attendant, Charles Carnell, was supposed to drop the rider only after observing a signal from an attendant on the ground that the safety net was in place.

Carnell, 33, has been charged with one count of first-degree-reckless injury, a felony punishable by up to 25 years in prison and $100,000 in fines. He told investigators that he “blanked out” and never saw the all-clear signal before releasing Teagan.

Teagan, who has been hospitalized since her injury on July 31, is unable to speak and has limited mobility. She has undergone spinal surgery and may suffer permanent paralysis. Her family’s attorney, Stuart Grossman, said that given the catastrophic injury and the negligence involved, the Martis plan to sue for damages.

Grossman said, too, that the Marti family may also bring a products liability lawsuit against MONTIC, of Hamburg, Germany, the company that created the Terminal Velocity ride.

“How can someone be allowed to open a door that lets somebody drop 100 feet to the ground without there being a fail-safe mechanism,” Teagan’s father, Alex, said at a news conference. “That’s ridiculous.”

Teagan’s mother, Julie Marti, wiped away tears as she talked about the accident. Her daughter, who earned a spot on the National Junior Honor Society with straight A grades, can communicate now only by blinking her eyes: once for yes, twice for no.

“Any little sign I take as a miracle,” Julie Marti said. “Squeezing my hand and then regaining some squeezing in her right hand. We don’t know what her deficits are going to be. We don’t know if she’s going to be paralyzed permanently.”

This news story was brought to you by the Miami wrongful death attorneys at Grossman Roth, fighting for those needlessly injured by the negligence of others for three decades.