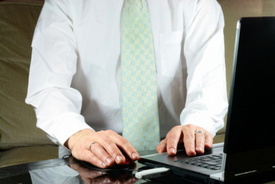 Washington, DC – A Washington lawyer was arrested Monday, August 9, 2010, and accused with paying for sex with a 15-year-old and photographing the encounter, as reported by The Washington Post.

Joshua J. Gessler, 41, an associate with one of Washington’s largest firms, Arnold & Porter was charged with one count of producing child pornography and five counts of possessing child pornography. Fairfax police did not disclose Gessler’s arrest until asked about the investigation by a reporter for WRC (Channel 4).

According to court records, Gessler spent a week in jail before he was released on his own recognizance on Monday, August 16.

Court documents state a Centreville woman contacted authorities to report her daughter had run away and was engaged in prostitution. The woman allowed police access to her daughter’s e-mail account, where they found messages from men negotiating for sex.

Nine of the e-mails were from one IP address and contained numerous photos of the girl engaged in sex, according to the affidavit.

The girl was subsequently located, whereupon she confirmed having sex with the man. The teenager did not know who the man was, according to the affidavit.

Police subpoenaed Yahoo and tracked the address to Gessler at his home in McLean. A police search was performed, but the findings are sealed.

A Fairfax police spokesperson said the girl has been reunited with her family.