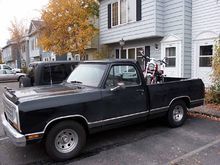 North Beren, NJ – A five-mile police chase that involved officers from three different jurisdictions ended Saturday, August 21, after the pursued truck crashed into an apartment building, as reported by The Jersey Journal.

According to Leonia Police Chief Jay Ziegler, the chase began at approximately 1:15 a.m. when Sgt. Scott Tamagny of the Leonia Police Deparmtent ran the plates of a 1985 Dodge Pickup truck driving on Curmley Terrace near Fort Lee Road.

While the officer reported there was nothing suspicious about the truck, Ziegler explained that officers routinely run plates when they have time. This decision led to the discovery that the truck was stolen.

Officer Tamagny followed the pickup as it turned onto Fort Lee Road. Tamagny signaled for the truck to stop, but the truck kept travelling.

Tamagny then called for backup. A five-mile chase ensued and required assistance from police in Leonia, Fort Lee and Port Authority jurisdictions.

The chase ended in North Bergen when the driver ran the truck into the wall of an apartment building.

The suspect fled the car but Tamagny caught up with him.

Jose Hurtado, 47, of North Bergen, was arrested and charged with resisting arrest and eluding an officer. Ziegler told the press Hurtado has an “extensive history of drug, burglary, theft and stolen motor vehicles arrests.”

The specific site of the crash was not provided by police, as they were awaiting a police spokesperson.