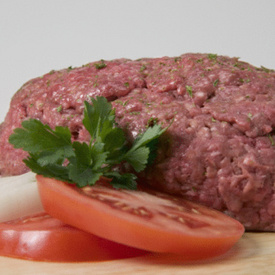 Washington – The U.S. Agriculture Department stated Saturday, August 28, 2010, that Cargill Inc. recalled approximately 8,500 pounds of ground beef that was sold at BJ’s Wholesale Club. The recall stems from a cluster of E.coli illnesses in Maine and New York which were related to the beef.

The meat was sold in eight states earlier in the summer, but the USDA holds the belief that some consumers may still have the product in their freezers. The USDA said it was notified on August 5 of the cluster of E.coli 026 illnesses. Two affected people were residents of Maine, while another was in New York. The consumers fell in June and July.

According to the press release, the USDA’s Food Safety and Inspection Service “determined that there is an association between the ground beef products subject to recall and the cluster of illnesses in the states of Maine and New York.”

The recalled ground beef displayed “EST.9400” and a product code of “W69023” on the packaging. The package also displays a “use/freeze by” date of July 1.

E. coli can cause symptoms of food poisoning, and in severe cases, kidney failure.