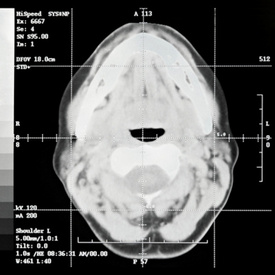 Pleasant Hills, PA – The attorney for a man accused of causing a crash that killed a 12-year-old girl in 2008 is fighting the DUI charges, claiming the physicians missed a brain tumor on the defendant’s CAT scan after the crash, as reported by The Pittsburgh Channel.

According to recent findings, then 17-year-old Matthew Frank, was sick at the time that police accused him of driving under the influence of drugs and alcohol in April 2008.

Frank’s defense attorney told the press, “We discovered that he had a malignant brain tumor approximately two years ago, and he’s had at least two surgical procedures, and he’s taken chemo.”

The tumor was not discovered until a year and a half after the accident, but upon re-examining the CAT scans that were given after the head-on collision, physicians determined Frank had the tumor then as well.

The little girl who was killed in the crash was a sixth-grader at Pleasant Hills Middle School. Her parents, Carl and Cheri, were not happy with the claims. Carl Wright stated, “Cancer didn’t kill my daughter. Drugs and alcohol and a very stupid decision killed my daughter.”