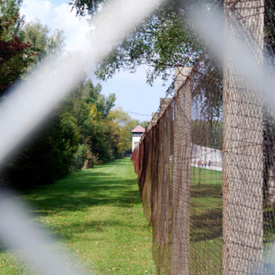 Cheltenham, MD – The Maryland Department of Juvenile Services released a report Friday, August 20, 2010, stating a series of professional failures within the Cheltenham Youth Facility in Prince George’s County led to the death of a 65-year-old teacher. The report states safety protocols were not followed, which left the woman vulnerable to attack, as reported by The Baltimore Sun.

The report states the facility has corrected most of the problem issues.

Cheltenham Youth Facility is part of the Maryland Juvenile Justice system. It has a history of problems, and was recently released from federal oversight.

Literature instructor Hannah Wheeling was an instructor at the facility’s Murphy Shelter Program, which was located in a low security building outside of Cheltenham’s barbed-wire fences. The juveniles in the program were not “deemed dangerous to themselves or others,” according to state records.

Wheeling, left alone with one of the students for at least an hour, was bludgeoned to death on February 17. A 13-year-old student was charged for her murder.

The 13-page report, issued in March, pointed out Wheeling should not have been left alone for such a duration of time. It also found that workers lost track of the teen accused of her murder, did not investigate why Wheeling’s vehicle was still on site after work hours and broke rules governing access to entrance keys.

The Department of Juvenile Services reported two employees were fired as a result of the report. Two other employees were temporarily suspended and another was demoted.

DJS spokesman Jay Cleary explained the reasoning behind making the report public, stating, “We wanted to assure the public that we were aware of these issues … and we’ve already taken steps to correct them.”

Cleary explained actions the DJS has already taken, such as personnel discipline and security training for Cheltenham staff.

The juvenile charged in connection with Wheeling’s death has a hearing scheduled next week to determine if he can be tried as an adult. His name has not been released to the public, on account of his current juvenile status.