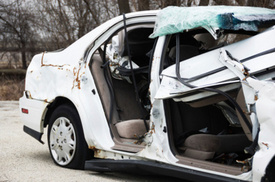 Philadelphia, PA – A Coatesville restaurant was found liable by a Common Pleas Court jury for serving alcohol to an intoxicated man who later drove his car and severely injured a Chester County woman, as reported by The Philadelphia Enquirer. The jury awarded Ryan Fell $6.8 million for her injuries.

Omar Villalava-Martinez visited the Famous Mexican Restaurant and Bar in Coatesville after a day of work on March 15, 2007. According to court documents, Fell drank 12 beers in two hours and had one shot to top it off.

The plaintiff’s attorney explained, “By his (Villalava-Martinez) own testimony, he became very drunk and they continued to serve him.”

Villalava-Martinez left the bar at approximately 9:30 p.m. and got into his Ford Explorer and drove west on Route 30. Approximately four miles down the road in Sadsbury, the sports-utility vehicle crossed the center line of the road and slammed into Ryan Fell’s Nissan.

Fell, who was 22 at the time, was seriously injured and her car was crumpled.

Fell’s attorney said, “There were so many breaks in her legs, nearly every bone was broken. Her ankle bone was ejected from her body, but fortunately [the surgeons] saved her foot.”

Doctors used 50 screws, along with metal plates to fix her legs. She still feels pain when she walks and running is not an option. She lost her administrative job as a result of her injuries and remains unemployed.

Villalava-Martinez was deported to Mexico because he was an illegal immigrant. Famous Mexican Restaurant & Bar has closed. Its previous chief executive officer was unreachable for comment.

Fell’s attorney said they were happy with the verdict.