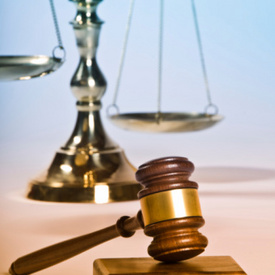 Baltimore, MD – The mother of a man who was killed by Baltimore County police in 2008 filed a wrongful-death lawsuit against the county and six officers on the force, as reported by The Baltimore Sun. The suit seeks at least $30 million in punitive and compensatory damages.

Gwendolyn Cann, mother then 25-year-old Taevon G. Cann, claims Taevon died as a result of excessive force after officers fired over 70 rounds at him on February 29, 2008.

According to the suit, filed last week in U.S. District Court in Baltimore, “The barrage of bullets was so intense that they not only took his life but also destroyed his automobile.” The suit states as Cann was “succumbing from his wounds, one of the defendants reloaded his weapon and shot Mr. Cann in the back of the head.”

The suit describes the sequence of events that led to police using 70 gunshots to stop Cann. According to court documents, Cann went to a BP gas station at Merritt Boulevard and Dunman Way for gas when two men in civilian clothes “rushed toward his car and pointed handguns at him.” The suit explains that Cann, scared for his life, “put his car in reverse to avoid being shot,” and “suddenly without warning, a Baltimore County police vehicle rammed him from behind.”

This is when, according to the lawsuit, police “surrounded his automobile and shot him to death,” despite the fact Cann had his hands in the air.

The lawsuit alleges officers seized $1,784 from Cann’s body after he was pronounced dead at the scene and “refused to return it to his mother or his estate.”

Gwendolyn seeks damages not just for punitive measures, but for mental anguish, emotional pain and suffering and the loss of “protection, attention, advise, counsel and love of her son.”

Taevon Cann had a series of past charges on his record, including assault, resisting arrest, disorderly conduct, and assault of a prison employee.