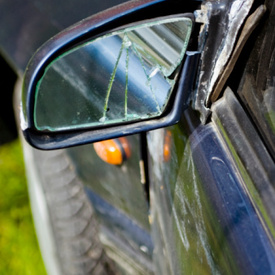 Hartford, CT – The driver of the vehicle that sped into a stopped car in Hartford, Connecticut on Tuesday, August 10, 2010, which led to the death of a four-year-old girl, was charged with first-degree manslaughter, as reported by The Hartford Courant. Previous reports of the crash were also reported in the article, “Hartford Connecticut 3-vehicle crash: Faulty driver on PCP, 4-year-old killed.”

Jason Mattis, 24, of Sigourney Street, was arrested on the day of the crash and charged with resisting arrest and assault on a police officer, among others. Police reportedly were required to use a Taser on the man in order to get him into the police cruiser.

Police reported Mattis was driving a Subaru Outback at 100 mph when he slammed into the back of a Toyota Corolla that was stopped at a red light at Belden and Main streets. The Corolla was carrying four-year-old Lillany Rodriguez in a booster seat in the back. The force of the impact sent the girl flying into the front of the car. She died Wednesday after receiving treatment at Connecticut Children’s Medical Center.

Three others were injured in the crash, including the teen driver in the Toyota Corolla, and a 29-year-old woman and 4-year-old boy in the car that was in front of the Corolla at the time of the crash.

After the crash, Mattis fled the scene and stopped only after running into a parked car and light pole.

Police reported Mattis will probably be arraigned on the new charges next week.