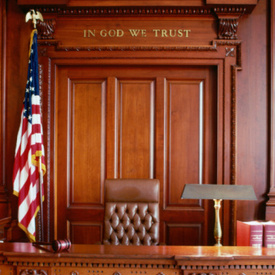 East Hanover, NJ – A non-jury civil trial to determine the amount of damages a contractor must pay to three former employees he and four others detained and beat in January 2007 has been scheduled for September 20, 2010. The trial was scheduled to begin Monday, August 9, 2010, but a judge shortage prompted the deferral, according to The Star-Ledger.

Jospeh Zecca, 49, of East Hanover, pleaded guilty in September 2007 to three counts of criminal restraint. He was sentenced to 300 days in the Morris County jail.

Zecca arranged for the beating of three laborers from Morristown on his belief that they stole $80,000 from his mother’s house during a project.

The three workers, David Maldonado; his son, Edwin Maldonado and his nephew, Francisco Maradiega filed a lawsuit against Zecca a month after he was sentenced.

In June 2009, a court-appointed arbitrator decided Zecca should pay each man $125,000 in damages. But because the arbitrator’s decision was not binding, Zecca never paid the men.

The laborers have stated they would settle for amount determined by the arbitrator in damages.

The incident took place on January 4, 2007, after the three men worked from 7:30 a.m. until 3:45 p.m. painting the interior of the East Hanover home of Zecca’s mother.

Zecca told the three men to stop working so he could show them another work site for the next day. The men followed Zecca into the basement of the house, where four thugs were waiting for them, according to the lawsuit.

The suit claims the workers were ordered to the ground, whereupon Zecca and his four accomplices “assaulted and tortured” the workers by kicking and punching their heads and bodies.

Zecca made death threats towards David Maldonado’s son and other family members. The victims were held for over 30 minutes.