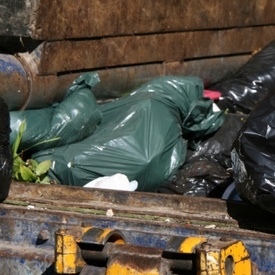 Concord, NH – A Penacook man died after falling into a trash compactor at the Concord Recycling Center and Transfer Station Monday, August 9, 2010, as reported by WMUR.com.

George Harrison, 46, was dropping off trash at the center when he fell approximately 12 feet into the empty container. Officials reported the compactor was not operating when he fell in.

It was also reported that a worker at the facility saw Harrison exit his truck, but lost sight of him soon after. Sgt. John Thomas told the press, “At this time, it’s all still under investigation, but what we have ascertained at this point is that he had accidently fallen into this compactor are of the station…The compactor was not on, and it was empty when he fell.”

Harrison suffered serious injuries from the fall and was taken to Concord Hospital. He died after arriving.

While the initial investigation cites the fall as an accident, the operator of the facility, Bestway Disposal Services, is working closely with local authorities to determine exactly what happened.