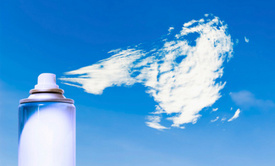 Seattle, WA – The city of Tacoma, Washington agreed to pay nearly $225,000 in penalties for allowing the release of chloroflorocarbons (CFCs) stemming from its refrigerated appliance disposal service. The consent decree by the U.S. Department of Justice on behalf of the US Environmental Protection Agency also decided the city will pay nearly $300,000 for new pollution-reduction projects in Tacoma. The news of the agreement was announced via EPA press release.

The announcement explains that from October 2004 to August 2007, The City of Tacoma Solid Waste Management Division processed over 14,600 appliances to recover refrigerants. A flawed purging process resulted in an estimated 4,600 pounds of refrigerant released into the environment. The CFCs released can be compared to 32,000,000 pounds of carbon dioxide, or approximately 530,000 roundtrip commutes between Seattle and Tacoma, according to the press release.

CFC refrigerants are a leading cause of ozone depletion.

Dennis McLerran, Regional Administrator for EPA Region 10 explained, “Every pound of CFCs that enters the environment is a blow to the Earth’s protective ozone layer and a setback in controlling climate change…We expect any facilities that handle refrigerants to have sound practices for recovery.”

Through the consent decree, “the city has agreed to take corrective action and conduct additional monitoring beyond the regulations to ensure it is recovering the maximum amount of refrigerant from the disposal process.”

Replacement of one diesel waste collection truck with a hybrid vehicle