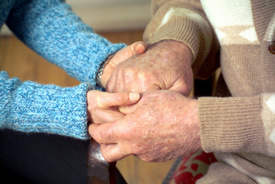 New York, NY – The father of a severely disabled daughter filed a lawsuit against the Manhattan group home that cares for his daughter on Thursday, July 22, 2010, claiming she was sexually abused while in their care, as reported by NY1.com.

Acevedo claims his 43-year-old daughter was raped and resultantly contracted a sexually transmitted disease in January 2008. He claims he did not find out about the incident until four months after it happened.

Acevedo also says he learned the disease may have been the result of an incident in 1993, one he was never made aware of.

He told the press, “In 2007 when I questioned them about this, they said that it was from 1993 and that this disease was dormant all this time. I do not buy that. And I want these people – I want to hold them accountable for what happened.”

An Episcopal Social Services spokesman told the press that the accusations were meritless.