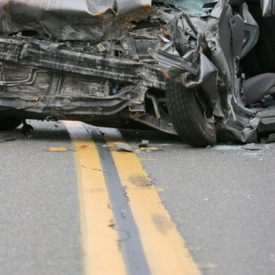 Greensburg, PA – The Westmoreland County coroner confirmed Thursday, July 22, 2010, that the teen driver involved in a crash last month that killed himself and two others was intoxicated, as reported by WXPI.com.

The victims of the crash were identified as Michael Richard Simpson, 19, of Greensburg; Jordan Daniel Cobb, 19, of Export and Carly Marie Kudray, 18, of Export.

The coroner reporter the driver, 19-year-old Simpson, had a blood-alcohol level of 0.14 percent, over the legal limit for those of age.

Cobb had a BAC of 0.127 percent and tested positive for marijuana, according to the coroner. Kudray’s tests were negative for alcohol and marijuana.

According to police reports, Simpson was driving along Church Street when his car veered off the road, went over an embankment and slammed into a tree.

A third passenger in the car, 18-year-old Chad Michael Vandergraft, of Greensburg, was ejected from the car. He was flown to a Pittsburgh hospital with non-life threatening injuries.

All four teens were graduates of Greensburg-Salem High School and had been coming from a party, according to police. Simpson was a Penn State student. Cobb attended Indiana University of Pennsylvania.

The root cause of the crash remains under investigations. Police are not looking into where the teens acquired the alcohol.