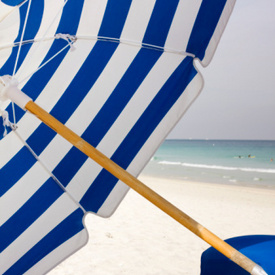 The estate of a woman who drowned over a decade ago in Miami Beach and an insurance company—which for 12 years refused to cover its claim—settled for $1.45 million on May 26, during the second court-ordered mediation hearing in the case.

The case—brought to a successful conclusion by Miami injury lawyer Andrew B. Yaffa of Grossman Roth, P.A.—was yet another example of an insurance company trying to evade its liability, and ultimately paying many times what it would have, had it had simply done the right thing from the start.

Fortunately, it was another example, too, of Grossman Roth’s continuing success in obtaining recovery—and acceptance of responsibility—from insurance companies that evade, stall, or act in bad faith when it comes to just claims by those who have been seriously, grievously, and even fatally injured in accidents.

The Miami case arose from a wrongful death claim by Rabbi Israel Poleyeff, acting as personal representative of the estate of Eugenie Poleyeff. That claim stemmed from the tragic ending of the Poleyeffs’ vacation in Miami Beach more than a decade ago.

While on their trip, the Poleyeff family stopped to enjoy what was, by all appearances, a public beach, complete with parking meters and a concession hut—Hurricane Beach Rentals—that rented out umbrellas and beach chairs.

Mrs. Poleyeff entered the water and was subsequently swept up in a rip tide. Zachery Breaux, a bystander who was also visiting Miami Beach with his family, jumped into the water to help. Unfortunately, both he and Mrs. Poleyeff drowned.

The sovereign limits of the City of Miami Beach were capped at $200,000. But it was also named as an additional insured on Hurricane Beach Rental’s policy—issued by Monticello Insurance Company.

After litigation that ultimately reached the Florida Supreme Court, a policy limits demand was made.

But Monticello refused to pay the policy limits to end this litigation for all —or to defend the city in further litigation. Its argument was simple: It wasn’t liable as they did not feel the city was an additional insured under the policy.

After a liability-phase trial in the U.S. District Court for the Southern District of Florida, Judge Alan S. Gold ruled that Monticello was liable under the Hurricane Beach Rental policy and that the City of Miami Beach was an additional insured.

Judge Gold based his ruling on evidence that both the Poleyeff and Breaux families were attracted to the beach precisely because of the availability of the concession services—thus satisfying the insurance policy’s requirement that the city’s liability arise from the operations of Hurricane Beach Rentals.

Judge Gold also held that Monticello acted at its peril in refusing to defend the City of Miami Beach and settle within its policy limit, which was $1 million, when it had the opportunity to do so.

The mediation efforts—and the $1.45 million settlement—followed.

It’s a scenario the personal injury and bad-faith insurance lawyers at Grossman Roth have seen—needlessly—time after time: An insurer refuses to do the right thing and ultimately pays a far greater price.

But not as great a price as the victim.

This article was brought to you by Miami wrongful death lawyers Grossman Roth, P.A. For three decades, we’ve been fighting for—and coming through for—those needlessly injured by the negligence of others. Along the way, we’ve become one of south Florida’s pre-eminent firms for personal injury, wrongful death, and bad-faith insurance claims, sending defendants the message that it can be far more costly to do the wrong thing than the right one.