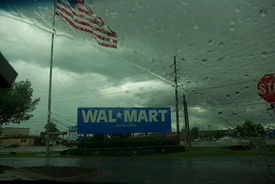 Nassau County, NY – Even though Wal-Mart Stores has spent nearly $2 million in various community programs in Nassau County stemming from the 2008 Black Friday incident in which an employee was trampled to death by an unruly crowd, it has spent the same amount battling a $7,000 OSHA fine, according to The New York Times.

The dispute is over the premise of the fine. Wal-Mart is battling OSHA’s attempts to establish the notion that an unruly crowd is an occupational hazard that can cause death or serious injury. According to Wal-Mart spokesperson David Tovar, “The citation has far-reaching implications for the retail industry that could subject retailers to unfairly harsh penalties and restrictions on future sales promotions.”

The feud over the meager $7,000 fine stems from the death of a Wal-Mart employee in a Long Island store. Jdimytai Damour, a temporary employee of Wal-Mart, died from asphyxiation when a crowd of shoppers waiting outside the store the day after Thanksgiving trampled over him just before the doors were to open at 5 a.m. The crowd of approximately 2,000 people was lined up for hours near a handwritten sign that stated “Blitz Line Starts Here.”

The OSHA fine was the result of what OSHA labeled as Wal-Mart’s failure to provide a place of employment “free from recognized hazards.” The organization claimed the retail giant violated its “general duty” to employees by failing to take adequate steps to protect them from a situation that was “likely to cause death or serious physical harm” from “crowd surge or crowd trampling.”

Wal-Mart accuses OSHA of attempting to enforce a vague standard of protection. Wal-Mart maintains the death of Damour was an unforeseeable accident, and explains it has done many things to prevent future occurrences along these lines, including submitting to three years of monitoring from Nassau County.

The company admitted no fault though, in its agreement with Nassau County. According to a lawyer involved in a lawsuit wagered by a customer who was injured during the trampling episode, “They [Wal-Mart] don’t want to take responsibility realistically for what they did…They paid all the money to settle with the district attorney to prevent a potential indictment.”

Basically, Wal-Mart officials do not want to agree to the fine because it will recognize liability and responsiblility. If OSHA is able to establish that surging crowds are an occupational hazard, the organization will be free to inspect all store crowd-control measures to when it is planning a sale. Wal-Mart does not want OSHA taking a magnifying glass to its crowd control plans.

On Wednesday, July 7, 2010, the feud will reach some sort of head, as Wal-Mart lawyers are scheduled to contest the fine before a federal appeals commission.

Motions filed against the fine have included claims of inconsistent enforcement on OSHA’s behalf and questioning the constitutionality of using the “general duty” clause in the case. Wal-Mart has also used its bounties of funding to attempt to subpoena witnesses to explore the exact cause of Damour’s death, a move that sought to argue the cause of death as an unmanageable crowd.

Splitting hairs is easy when money is not an issue.