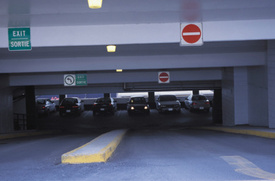 Philadelphia, PA – A U.S. District Judge filed a lawsuit against several companies with ties to a parking garage security gate in Center City, after her car was struck by a malfunctioning barrier, which caused her to suffer a broken ankle and other bodily harm, as reported by The Philadelphia Enquirer.

Judge Cynthia M. Rufe suffered a fractured right ankle, a bruised knee, wrists and arms, lacerations to her lip and hip and back pain as a result of a malfunctioning 18-inch-high hydraulic barricade, according to the lawsuit.

According to reports, as Rufe entered the injurious parking garage on June 12, 2008, a hydraulic barricade that was lowered to allow incoming traffic “suddenly and violently popped up.” The barricade struck the front end of her 2004 Honda Accord, thus causing the airbag to deploy and her injuries to occur.

The lawsuit states Rufe has incurred and will continue to incur medical expenses, medical care, treatment and rehabilitation because of the incident.

The suit names Delta Scientific Corp., the manufacturer of the barrier, B & B ARMR Corp., B & B ARMR Services Group and Integrated Security Systems Inc. as defendants.

According to Rufe, all defendants knew the barricade was defective and unsafe.

The lawsuit alleges strict liability, negligence and breach of warranty. Also, Rufe’s husband claims the defendants deprived him of “the services, society and comfort” of his wife.

The lawsuit seeks compensation for more than $75,000.

New Jersey federal district judge Joel A Pisano will preside over the case.