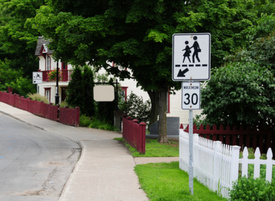 Mt. Lebanon, PA – The woman who was reportedly hit by an SUV at the corner of Beadling and Washington roads as she was jogging with her two children on Monday, June 28, 2010, succumbed to her injuries and died Tuesday, as reported by CBS3.com.

The driver of the SUV, 20-year-old Benjamin Cope, was charged with driving under the influence. It was not clarified whether the influence was alcohol or drug related. Police reported Cope ran a stop sign before he hit the woman.

This update is in connection with the article, “Mt. Lebanon PA SUV-pedestrian crash: Woman, 2 kids hit at intersection.”

WXPI.com reported a vigil for the woman is scheduled for Thursday evening, at 7:30 p.m., at the corner of Beadling and Washington roads.