Winter Haven Florida murder-suicide: An elderly man kills his wife, then himself 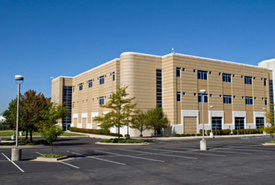 Winter Haven, FL – An apparent murder-suicide occurred within Winter Haven Hospital on Monday, May 10, 2010, as reported by www.clickorlando.com. An elderly man is believed to have taken the life of his wife, who was a patient within the facility, and then taken his own life inside the hospital.

Police are attempting to piece together a timeline of events that led to the shooting. They interviewed employees and potential witnesses. Authorities report that there were no eye witnesses to the event, but that there may be ear witnesses.

Joel Thomas, the hospital’s vice president, confirmed that Patricia was a patient at the hospital, but would not comment on what she was being treated for.

A neighbor reported that Patricia had been hospitalized for a bad fever and fluid around her heart. The neighbor also reported that Mr. Duckworth was always with her.

The hospital was placed on a high security alert for a brief time following the shooting.

The alert was quickly lifted after the gun was found.