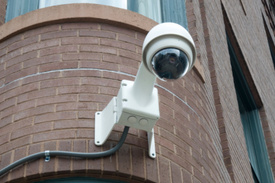 Legal news for personal injury attorneys – The father of an 18-year-old who was chased down by cops claims the officers were too aggressive, has tape to prove it.

Union City, NJ (www.NewYorkInjuryNews.com) – The father of an 18-year-old criminal justice student has filed a complaint with the Union City police department, claiming officers’ actions towards his son have ruined his career plans, as reported by www.nj.com.

According to Marco Basualdo Sr., Basualdo Jr., who is studying to be a police officer, was walking home with his friends at approximately 1 a.m. on April 13, 2010, when his friends entered an empty commuter van that was parked near West and Eighth Streets.

Something prompted the two men to run out of the bus and down the street, further prompting Basualdo Jr. to jog after his friends. Police approached the men at Eighth Street near Summit Avenue, telling them to stop.

Basualdo Jr. complied with the police demands; stopping, raising his hands and dropping to the ground. Basualdo Sr. claims the cops dragged and beat his son after he complied.

A surveillance video from Bowl-Rite Lanes on Summit Avenue caught the incident and shows that Basualdo Jr. dropped to the ground on the sidewalk after an officer on a bicycle caught up with him. The video then shows another officer joined the situation and forced the teen to the ground before cuffing him.

After Basualdo Jr. was cuffed, a third cop arrived to the scene. Two officers walked away, while the third was left with both knees buried in Basualdo’s back. The video shows Basualdo moving his legs as the officer moves one knee closer to his neck.

Basualdo Sr. claims his son suffered facial bruises and has suffered nose bleeds and neck and back pain since the arrest. He further claims his son is now afraid of cops, posing a predicament for his career plans of becoming one.

The student’s charges were dropped from resisting arrest and obstruction to a disorderly persons offense.

The Union City Police Chief offered a justification for his officers’ actions by explaining that the men were responding to a burglary call when they found the three teens running from the scene.

Basualdo Sr. wants all charges dropped from his son’s record.