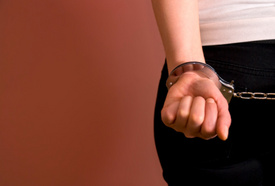 Legal news for New York automobile accident attorneys – Long Island teen accused of being stoned while driving van that jumped curb and smashed into woman and her house.

Retired doctor and mother of two dead after teen on prescription drugs crashes into her.

Hempstead, NY (www.NewYorkInjuryNews.com) – A Hempstead woman was killed in her front yard Tuesday, April 20, 2010, after she was struck by a van driven by an 18-year-old woman on drugs, according to reports from New York Daily News.

Prosecutors claim that 18-year-old Kayla Gerdes was high on Oxycontin while driving a company van down Cathedral Avenue in Hempstead, Long Island, when the vehicle jumped a curb into the yard of Rebecca Twine-Right, 69. The van struck Twine, killing her, and then smashed into her home.

Gerdes reportedly asked a driver at the scene of the accident for a ride to court, claiming she was late for a trial regarding another charge she was facing, which was stealing jewelry from her parents.

Police found drugs on her as well.

The owner of the van, and her employer, Brian Steele, was a passenger during the crash. He did not face any charges as of Thursday, April 22, which has angered Twine’s family.

As Gerdes was led to a Nassau County court in cuffs, she sobbed, “I didn’t mean to do it. Please leave me alone.”

According to reports from www.1010wins.com, after the accident Gerdes told police, “The thing that made me feel not so bad was she was old. I mean, 70 years is a long time to live.”

Rebecca Twine-Right was a retired doctor and mother of two who loved gardening.