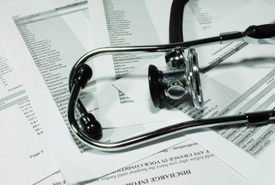 Med-mal suits down, jury awards lower, according to new report.

Philadelphia, PA (www.NewYorkInjuryNews.com) – A report from Pennsylvania Chief Justice Ronald D. Castille was released Tuesday, April 20, 2010, declaring the number of new medical malpractice lawsuits has declined for the fifth year in a row, as reported by The Philadelphia Enquirer.

Castille’s report provides new evidence that the frenzy for malpractice suits has calmed since its upstart at the beginning of the decade.

According to the report, Philadelphia, once considered the center of the malpractice suit epidemic, saw dramatic declines in the number of suits filed and the size of awards allotted. There has also been a substantial rise in defense verdicts.

Doctors and hospitals who battled cases in court did relatively well, winning 85 percent of the cases statewide and 79 percent of the suits in Philadelphia.

In 2003 Pennsylvania Supreme Court declared that medical-malpractice suits must be filed in the county where the supposed injury occurred. The court also demanded plaintiffs obtain a doctor-issued certificate stating negligence occurred.

A spokesman for the Pennsylvania Medical Society, a group that represents doctors, said, “This [decline in lawsuits] is a good sign. Something must be working.”