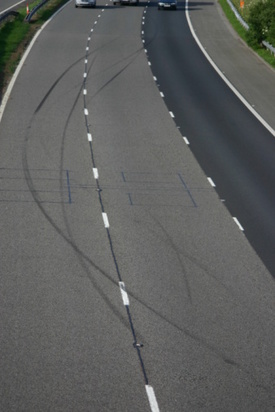 East Franklin, PA (www.NewYorkInjuryNews.com) – A rollover crash on Tuesday, April 13, 2010 killed a high school student and injured three others, according to reports from the Pittsburgh Tribune-Review.

Township police reported Brett Joseph Charmello, 17, of Kittanning, lost control of the Ford Explorer he was driving along Wible Road in East Franklin at approximately 7:52. The SUV subsequently rolled and Charmello was ejected from the vehicle. Charmello was taken by helicopter to a Pittsburgh hospital, where he later succumbed to his injuries and was pronounced dead at 8 a.m. Wednesday, April 13, 2010.

Adam Michael Johnson, 18, of Kittanning, sustained severe injuries and was taken by helicopter to a Pittsburgh hospital for treatment. He is a senior at Kittanning High School.

Anthony Ransom, 17, of Kittanning, suffered moderate injuries from the crash. He was transferred to ACMH Hospital, according to police. Ransom is a junior.