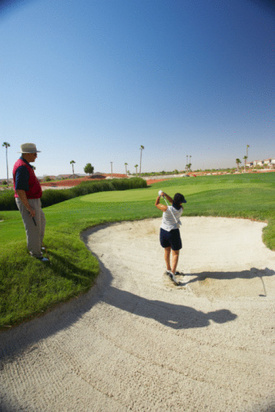 Legal news for Massachusetts personal injury attorneys – A MA federal judge ruled a Dennis course violated the law by not allowing a woman golfer to compete in men’s tournament.

Dennis, MA (www.NewYorkInjuryNews.com)  – On the week of March 29, 2010, a Mass. federal judge ruled that a Dennis golf course violated the law by not allowing a woman by the name of Elaine Joyce to play in a men’s tournament, as reported by the Boston Globe. The suit ending comes three years after the incident.

Judge Nathaniel M. Gorton ruled that the Town of Dennis and Dennis Pines, the city’s municipal golf course, exhibited gender discrimination under the federal equal-protection laws during the 2007 men’s tournament in which Joyce was barred from playing.

The judge explained, “This decision does not require all public golf courses to have all mixed-gender tournaments. Instead, it establishes that when the defendants draw a clear distinction based upon gender and their only explanation is to deny that any distinction existed, they will not prevail.” He further noted that the course had the burden to “justify their conduct, and they have not done so.”

Joyce, who has been a revolving member of Dennis Pines since 1987, told the press that she continues to play golf there, but has yet to compete in a golf tournament with men. She claims she deserves monetary compensation for her emotional scarring due to the publicity.

A lawyer representing Dennis Pines said the course has no plans to appeal.