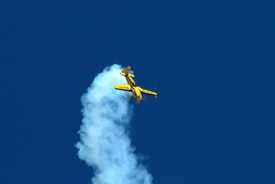 The cause of a fixed-wing, single-engine plane crash that killed two is under investigation.

Ghent, NY (www.NewYorkInjuryNews.com) – A plane crash in Ghent, NY on Sunday, April 4, 2010, killed the two Massachusetts commuters whom were flying in it, as reported by the Albany Times Union.

The fixed-wing, single-engine plane took off from the Kline Kill airstrip in Columbia County, NY, and then almost immediately plunged to the ground at approximately 2:40 p.m. According to reports, as the aircraft took off heading northbound, it suddenly banked to the left and then descended rapidly about 300 feet, whereupon it crashed into the ground.

The crash occurred in a field behind a 1575 Route 22 residence, approximately five miles southwest of Chatham. Police reported the aircraft was engulfed in flames when it crashed.

A spokeswoman for the FAA labeled the plane “experimental” and it was listed as amateur built within Federal Aviation Administration records. The plane is registered to David H. Fitzgerald of Otis, Mass.

The identities of the pilot and passenger killed in the crash have not been released, but were described as a 49-year-old man and a 52-year-old woman. The autopsy was performed the morning of Monday, April 5, 2010.

After the crash, the Ghent Fire Department, the coroner and the investigators from the FAA’s Albany Flights Standards District Office assisted the State Police.

The National Transportation Safety Board plans to investigate the accident along with the New York State Police.