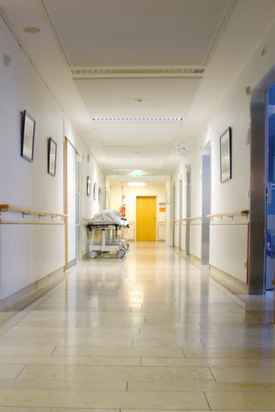 Three doctors and hospital in Baltimore County found negligent in care of man with sepsis.

Towson, MD (www.NewYorkInjuryNews.com) – A jury awarded $1.44 million to the family of a man who died of sepsis at St. Joseph Medical Center after a jury ruled on the week of March 29, 2010 that the doctor failed to provide the patient with proper care, as reported by the Baltimore Sun.

The family of Thomas Murphy named Dr. Richard Tempel, 33, two other doctors and the hospital in its lawsuit claiming medical malpractice.

Tempel treated Murphy with a broad-spectrum antibiotic before admitting him.

Tempel’s attorney thought that he provided adequate treatment, stating, “He sees patients with a multitude of problems. He makes an initial diagnosis and decides to send them to the hospital.”

The two other physicians involved in the case settled out of court.

The hospital is currently at the center of several lawsuits relating to the recent notification sent out to 530 patients that they may have received unnecessary coronary stent implants.