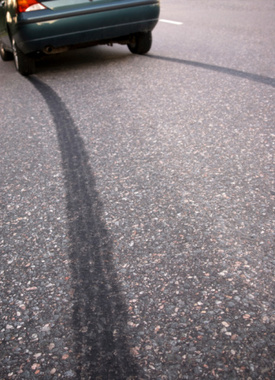 Legal news for New York wrongful death attorneys – A Long Island woman who killed a child in a hit and run accident while high has been charged with manslaughter.

Hit and run driver killed a girl in Smithtown – faces 8 charges, including manslaughter.

Smithtown, NY (www.NewYorkInjuryNews.com) – The Long Island driver who struck and killed an 11-year-old girl November 2009 was high on heroin at the time of the crash, as reported by WPIX-TV. Maureen Lambert, 21, now faces charges of manslaughter, among others.

The 11-year-old victim, Courtney Sipes was killed while crossing a street in Smithtown with her brother on November 24, 2009. According to court documents, Lambert was driving 60 mph in a 30 mph zone. Investigators identified her car, a 2002 Chevy Avalanche, with help from surveillance cameras at the scene that captured her running over the child and speeding off.

The charges were upgraded to manslaughter on Monday, March 29, 2010 after toxicology reports confirmed heroine was in Lambert’s system when she struck and killed the child.

Prior to the Monday indictment, her highest charge was leaving the scene of an accident.

Maureen Lambert has pleaded not guilty.