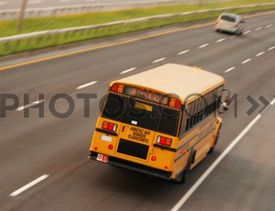 Hillsborough, NJ – A head-on collision between a school bus and another vehicle Friday, March 19 is under investigation in attempts to find if a medical emergency spurred the vehicle to cross the median and crash into the bus, as reported by mycentraljersey.com.

Just before 3 p.m. on Friday March 19, 2010, James Drais is suspected to have suffered a medical emergency while driving his 1993 Toyota Camry, resulting in the loss of control of the vehicle. The car traveled over a grass median, colliding head-on with a north-bound bus carrying 13 students from Hillsborough Township High School.

Drais, 73, was pronounced dead at Somerset Medical Center in Somerville and a child passenger in the car was taken to Robert Wood Johnson University Hospital in New Brunswick by helicopter. Police remain unaware if the man’s death is a result of his medical emergency or injuries from the crash. Two students on the bus were also injured. One was taken to Somerset Medical Center for treatment of a minor injury. The other refused medical attention, according to police.

According to the school district’s business administrator, the parents of all students involved in the crash were contacted about the accident. Students who remained at the scene were taken home by a different bus. Michael Klein, 62, of Belle Mead, was the driver of the bus involved in the accident and declined comment.