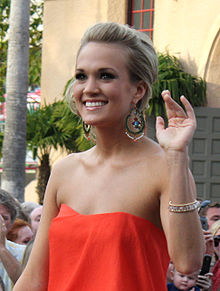 Legal news for Connecticut 18-wheeler accident attorneys – An Oklahoma man lost his life after veering his tractor-trailer off I-95 early Saturday morning.

Stonington, CT – An 18-wheeler carrying equipment for Carrie Underwood’s concert tour crashed early Saturday, March 20, 2010, resulting in the death of the driver, as reported by the Hartford Courant. The accident took the entire day to clear, leaving only one northbound lane of I-95 open until approximately 7:00 p.m.

The driver was headed for Foxwood Casino’s MGM Grand Theater in Mashantucket, where Underwood was scheduled to perform that evening. The truck was headed north on Interstate 95 and veered off the left shoulder, scraping along some 400 feet of the guardrail. The collision ripped open the fuel tank, which ignited diesel as it spilled; engulfing  the driver portion of the bus in flames, as it careened into a bridge abutment where the interstate passes over Taugwonk Road. The trailer then tumbled over the embankment and landed on the median of Taugwonk Road, blocking the southbound lanes.

The driver was in his late 40s and from Okalhoma, according to reports. Police stated the driver’s body was charred to the point that proper identification will have to be made through dental records. His identity was withheld from the public, in efforts to reach family members first.

Underwood brought up the driver’s death during her concert that evening and sang a song in tribute.