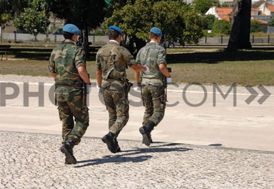 Philadelphia, PA (www.NewYorkInjuryNews.com) – A federal agency announced Wednesday, March 17, 2010 that the Department of Veterans Affairs has been fined $227,500 after incorrect radiation doses were given to 97 veterans at the Philadelphia VA Medical Center, as reported by the Star Tribune.

According to reports, the VA failed to properly train staff and lacked procedures to ensure and verify the radiation treatments for prostate cancer were done correctly. The VA also failed to immediately report mistakes within the system.

The 97 veterans that received poor treatment underwent brachytherapy, a common surgical treatment that involves implanting radioactive pellets in the prostate in order to kill cancer cells. These pellets are often referred to as “seeds.”

Through the investigation, the VA reviewed medical records and conducted tests on 116 vets who had undergone treatment between 2002 and 2008. Of the 97 who received wrong doses, many got far less than prescribed, and others were given too much. Richard Citron, director of the medical center, reported to the press, “I am troubled anytime my fellow veterans may not receive the level of care they earned and deserve…But issues with the brachytherapy program do not reflect the high level of health care offered in Philadelphia or throughout the VA system.”

The Philadelphia VA Medical Center has shut down its prostate cancer program. The department has 30 days to pay the fine