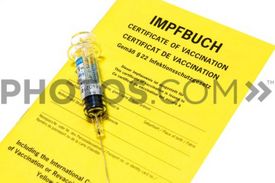 Three students have tested positive for Mumps, spurring a declaration of outbreak by college officials.

Plattsburgh, NY (www.NewYorkInjuryNews.com) – State University of New York (SUNY) officials announced Monday, March 15, 2010, that there has been an outbreak of Mumps on campus. With three students testing positive for the disease and three more awaiting test results, the campus has declared an outbreak, as reported by WPTZ.

Currently, many staff and students are on spring break and not present within the campus, but officials warn that hundreds could be infected upon return on Monday, March 22.  Dr. Kathleen Camelo, director of the Center for Student Health and Psychological Services said at a press conference that there are close to “250 students that may not be fully immunized against the mumps.”

Mumps is a viral disease that is transmitted through direct contact with saliva and nose and throat discharges of infected individuals. Symptoms include fever, headache, muscle weakness, stiff neck, loss of appetite and swelling and tenderness of one or more of the salivary glands and/or the parotid gland. The Clinton County Department of Health, under advisement from the New York State Department of Health, issued a directive requiring the college to ban any students who may be susceptible to the infection, which includes those who have no documented evidence of a single dose of either mumps vaccine or MMR vaccine or those with no evidence of past infection.

Two doses of MMR vaccine or mumps vaccine are typically the best preventative for mumps. The Clinton County Department of Health is hosting a free clinic for students who have only received one mumps or MMR vaccination, or who have not received any vaccinations, on Wednesday, March 17. Those who want to attend or have questions should call 518-565-4848 and schedule an appointment. There will be a second vaccination day scheduled for Monday, March 22, 2010, after spring break is over.