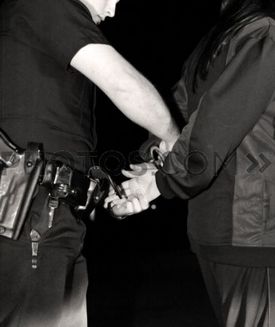 White Plains, NY (NewYorkInjuryNews.com) – As reported by the Journal News, James Graves, 27, of Norwalk, Connecticut, filed a federal lawsuit last week against three Port Chester officers after emergency surgery was required consequent to what Graves claims to be a beating from Police Officer Antonio Rivera on December 4, 2008. The lawsuit claims Graves’ rights were violated and excessive force was used during his arrest.

Other than Rivera, Officer Aaron Conetta and Sgt. John Teneyck are named in the lawsuit.  Conetta was involved in the arrest and Teneyck was the supervisor at police headquarters and is accused of ignoring Graves’ pleas for medical attention. The Westchester District Attorney’s Office had started an investigation on the case, but ceased investigation in November stating that Graves’ lawyers would not cooperate.

Graves was arrested around 3:30 am on December 2, 2008 after leaving a bar and finding a boot had been placed on a friend’s car. After an altercation with the tow-truck driver, Officer Rivera warned Graves to leave. In the lawsuit Graves acknowledged that he had been intoxicated and shouted obscenities at Rivera, but only after the officer put his hands around his neck and ordered him to leave. The police claim they warned Graves several times to leave the scene before finally arresting him.

Graves insists that Rivera began hitting him with the club, which sounded like a “home run when a baseball is hit,” before taking him in. Graves claims he pleaded and waited for hours before receiving medical help.  Police state that he was taken by ambulance to Greenwich (Connecticut) Hospital after waking up in his cell shortly after 8:00 am and complaining that his head hurt.

Missing from the initial police report was documentation of the argument over the car boot and Graves’ injuries. Upon a follow-up report, Rivera acknowledges that “it looked that he was hitting his head on everything inside the patrol car…[and that] Mr. Graves was going crazy in the car.” Rivera also states that he gave Graves toilet paper and an ice pack for injuries to his head.

The officers have not returned phone messages from the press, and Police Chief Joseph Krzeminski declined to comment, pending litigation.