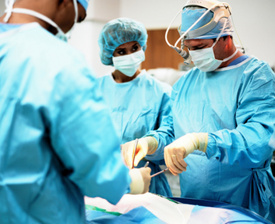 Staten Island, NY (NewYorkInjuryNews.com) – A woman from Staten Island received breast implant surgery that resulted in “double-bubble” deformities that caused “pain…disability, loss of self-esteem, humiliation and embarrassment”, according to the lawsuit filed against her doctor Tuesday, March 2, 2010, according to New York Daily News.

The Plaintiff’s, identified as 47-year-old Maria Alaimo, lawyer stated that the surgery essentially gave her “four breasts”, and was ultimately a factor in the end of Alaimo’s marriage. The mother of two, claimed that she sought out the breast augmentation surgery in 2003, because she wanted a full pair of 36 C cups. She went to see Dr. Keith Berman, who performed the botched surgery, and she is currently suing him for $5 million in damages. The civil trial began Tuesday in Staten Island Supreme Court. Jurors were informed that the plaintiff searched online and found Doctor Berman. She paid a hefty $7,000 in cash for her breast enhancement surgery.

Immediately following the procedure, pictures were taken of Alaimo’s breast, which were strangely deformed. Her new breasts appeared to be largely swollen like softballs on top, while the bottom half was flattened. She also had severe scarring from the surgery. Dr. Berman’s defense was that he had warned the client of the possible risks of the procedure. The case continues.