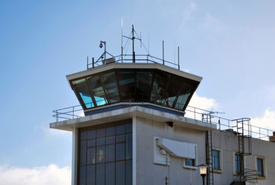 The Federal Aviation Administration (FAA) www.faa.gov sent officials to investigate the February 17th mishap, which could have led to a serious and tragic accident if something went wrong. One the air traffic controllers at JFK decided to let two children – his 7-year-old son and his young daughter- speak orders to five pilots of commercial airline pilot instructing them that they were clear for takeoff.

The air traffic controller, identified as 48-year-old Glenn Duffy, resident of Long Island and his supervisor were given a temporary leave after the incident become public in the media. It was reported that the children were repeating their father’s instructions, which were heard in the background, while they sat in the tower directing the pilots.

The pilots of the commercial airlines such as JetBlue and Conair seemed to enjoy hearing the grade-schooler’s voices come over the radio. FAA reported that both Duffy and his supervisor are on paid leave for now. However, the investigation continues about the event and could mean suspension or dismissal for the two responsible. FAA Administrator Randy Babbitt, also a former pilot, was appalled at the act stating “this lapse in judgment not only violated FAA’s own policies, but commonsense standards for professional conduct. These kinds of distractions are totally unacceptable.”