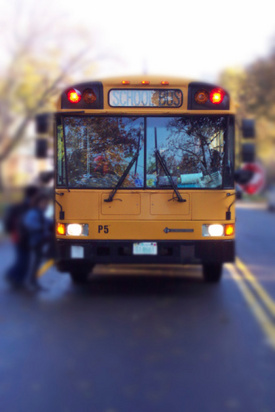 Dover, NH (NewYorkInjuryNews.com) – A middle school girl was struck and run over by a pickup truck on her way to her school bus stop Wednesday, March 3, 2010, according to Fosters Daily Democrat.

Police and emergency medical services reported to the scene where a mother had dropped her 11-year-old girl off at her school bus stop at the corner of Old Rochester Road and Phillip Street. It was reported that the girl allegedly was walking across Phillip Street when a pickup truck hit her. The girl fell over after being struck by the front bumper and then the truck drove over her. Responding officials were surprised to she that the girl survived with only minor injuries. The incident reportedly occurred around 6:55 a.m.

The driver of the pickup truck was identified as a 17-year-old Dover High School student who was heading to school. Police investigators stated that “she was small enough and the truck was high enough, that nothing struck her,” he said. “She escaped serious injury, it’s quite amazing. If it had been a car or another vehicle, the wheel could’ve run over her, or any number of things could’ve happened.”

The unidentified girl was transported by ambulance to Wentworth-Douglass Hospital to be treated by doctors and nurses. The extent of her injuries were minor lacerations and bruising, which required stitches. Police continue to look into the incident. There have been no charges filed as of yet.