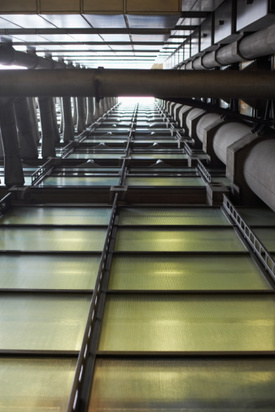 Bronx, NY (NewYorkInjuryNews.com) – A Bronx man tragically fell to his death down an elevator shaft at his new apartment in Mount Hope, Monday March 1, 2010, according to WABC.

A 35-year-old man and his wife were in the process of moving a mattress to their apartment on the seventh floor when he opened the freight elevator door and backed into an open space plummeting to the ground below. His wife watched in horror as she watched him fall two floors down to the basement of the elevator shaft. Emergency medical services (EMS) rushed to the scene to transport him to St. Barnabas Hospital where doctors attempted to save his life.

Sadly, 35-year-old Joseph Ryan’s injuries proved fatal soon after. Responding police reported that the tragic accident occurred around 11 p.m. Monday night. Investigators delved deeper into the apartment procedures for using the freight elevators for moving purposes and the history of the elevators dysfunction. They found that the freight elevator is shut down every night, except for maintenance workers and security guards.

However, Eyewitness News discovered a yearlong list of tenant complaints about defective elevators, which allegedly malfunctioned constantly. Tenants avoided using the elevators because of the previous known accidents on record. On February 6, 2009, a complaint read that “four elevators in the building were defective” and that “no one uses” one elevator because “they are afraid to.” The apartment building was cited for three violations in 2009, but was not issued any violations or fines.

The New York City Department of Buildings has been aware of the elevator accidents and the continued malfunctions. In regards to this most recent fatal accident, it was discovered that an employee who works for a private elevator company used a metal tool to pry the freight elevator doors open so that he could use it to move his belongings to his apartment. Residents are not permitted to use the freight elevator without a superintendent present. However, the superintendent was neither present with the couple nor the tenant who wrongfully opened the elevator for use.

The owner of the apartment is being issued a violation for the elevator being damaged and dysfunctional.