NY truck accident notice: Flushing man killed in crash on I-95 in Stamford 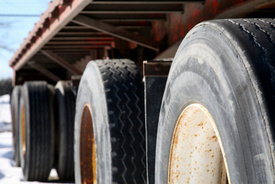 Stamford, NY (NewYorkInjuryNews.com) – A man from Flushing was killed in a collision with an 18-wheeler Tuesday morning, March 2, 2010, according to the Danbury News Times.

New York State police reported to the scene of the crash, which occurred in the northbound lanes of Interstate 95 near Exit 6. The 29-year-old man identified as Xiaoyuan Huang, resident of Flushing, was fatally injured when his Toyota Sienna minivan was rear-ended by an 18-wheeler. The force of the crash sent the minivan into the right shoulder of the road, which then struck the guardrail.

Huang had to be extricated out of his damaged vehicle, and was taken via ambulance to Stamford Hospital where doctors attempted to save him, however his injuries proved fatal. The driver of the semi truck, identified as 78-year-old Clarence Edwards, resident of Flemington, New Jersey, claimed to have tried to avoid crashing into the minivan, but could not turn in time. Police reported that Edwards remained unharmed in the truck accident.

Police continue to investigate the fatal incident. It was not reported if there were any citations issued in the crash. Police are asking any witnesses who have any information to come forward and contact investigators at (203) 696-2500.