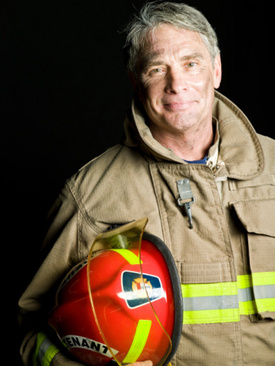 Police reported to the scene of the crash on Route 104 in the Town of Oswego, Wednesday afternoon around 2:30 p.m. Police investigators stated that the Fire Chief had been driving in his car in the eastbound lanes of Route 104 near Demass Road, when he suddenly swerved into oncoming traffic in the westbound lanes and collided with another vehicle.

Emergency medical services (EMS) arrived at the scene to transport the injured. The former chief, identified as Donald Beauchene, was taken in an ambulance to a medical helicopter where he was flown to University Hospital where doctors and nurses attempted to save his life. Sadly, Donald’s injuries proved fatal several hours after his arrival at the hospital. The other driver involved in the collision, identified as Richard Earle, was also treated at University Hospital, but his condition was not known.

Donald Beauchene was a part of the Oswego City Fire Department for 33 years. He became a firefighter in 1956 and retired as the fire chief in 1990.