PA school bus, semi truck and minivan crashed on I-78 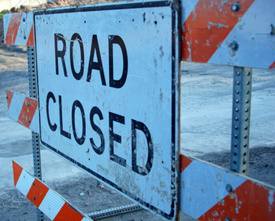 Upper Ben Township, PA (NewYorkInjuryNews.com) – Police reported to the scene of a collision between a tractor-trailer, a school bus and a minivan on Interstate 78 at 7:25 a.m. Monday morning, February 22, 2010, according to the Reading Eagle.

State police reported that the driver of the school bus, identified as 43-year-old Karla Turner, rear-ended a minivan, driven by 47-year-old Henry Bowman. The minivan was apparently slowing down due to a technical problem. It was not reported if the van had its emergency blinkers on at the time of the crash.

The school bus continued to go out of control, forcing the minivan off the road, swerved back into the right lane, and was struck by a tractor-trailer driven by 50-year-old Leonio Castillo. The westbound lanes of the Interstate were temporarily closed for an hour and a half until the scene was cleared of the vehicles and the crash debris. All three vehicles had to be towed from the scene.

There were no students on the school bus at the time of the motor vehicle accident. There were no injuries reported. The investigation continues.
Bridget Hom