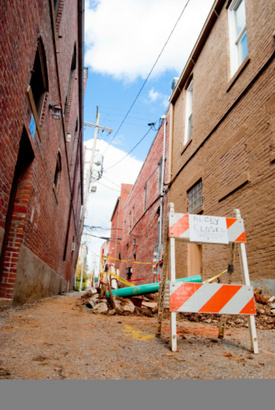 Wanaque, NJ (NewYorkInjuryNews.com) – A construction accident occurred on at the Wanaque Reserve where a worker fell from the third floor of one of an adult living community building Wednesday, February 3, 2010, according to The Record.

Police and emergency medical services (EMS) rushed to the scene to aid the injured construction worker. The seriously injured worker was identified as 23-year-old Ziggy Sledz, resident of Garfield. Police reported that Ziggy had been working on the third floor of Building 3 when he attempted to reach for a propane tank that was being elevated by a forklift. The tank on the forklift slid over causing the other tanks to fall, which knocked the worker off balance and he plummeted 40 feet to the ground below.

EMS workers reported that the man’s face left leg and arm were injured in the construction fall. Responding officials were not sure about the victim’s overall condition, but he was alert when medical personnel went over to load him into the medical helicopter. He was taken to Morristown Memorial Hospital to be treated by doctors and nurses. He was said to be in good condition as of that afternoon.

The construction worker was an employee of a subcontractor of Pulte Homes. It was not reported if an Occupational Safety and Health Administration (OSHA) www.osha.gov official was there at the scene.