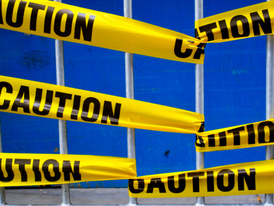 A ladder jack scaffold collapsed in Boston and injured four workers. The accident was followed up with an investigation by OSHA officials, which determined that they contractor had violated safety regulations. Currently, Legacy Builders LLC has been fined a total of $54,750 in fines from OSHA for an account of 15 violations after the August, 5, 2009 incident.

The OSHA authorities discovered that the ladder jack scaffold bore too much weight and was beyond capacity. The scaffold was also erected with a damaged wooden platform. Two of the Legacy employees were working with shingles on the roof when they fell 14 to 17 feet because of the lack of fall protection safety guards. It was noted that the workers lacked training in the areas of scaffolding and fall protection.

The investigation also revealed that the fall hazards resulted from misused, damaged or inadequate extension ladders. The workers did not have adequate access to a scaffold work platform. OSHA officials also discovered lifelines that were tied incorrectly, as well as workers carrying roofing shingles while on ladders. Other workers lacked adequate protective head and eye gear.

OSHA issued these fines due to the high risk of death and injury due to lack of safety precautions taken at a work site for the safety of all workers as enforced by the employer. The Occupational Safety and Heath Act of 1970 stated that all employers are responsible for maintaining safe and healthy workplace conditions for all of their workers. To learn more about OSHA and safety and health regulations for all construction sites and in the workplace, visit http://www.osha.gov.